sometimes you feel like a wound that will never heal.

grief goes hand in hand with being a hopeless romantic. always mourning a thousand little losses, day after day.

you idealize everything and you build up these unrealistic expectations in your head, and you have the nerve to get disappointed when reality doesn’t match up with your dreams. you’ll wallow in self pity and rotten poetry until you wither away.

what is it about you that’s so impermanent? you don’t have any friendships that have lasted longer than three or four years. you talk to exactly two people from high school. you wonder if forever is something you can even conceptualize.

you carry so much hurt that it’s hard to talk about. you keep circling around it, uneasily, like you’re staring down a lion in a cage.

(you carry so much hurt, but the minute you talk about it, you feel silly. it’s nothing earth-shattering. it’s easy to minimize as it spills out of your mouth. the others around you have gone through worse. you laugh it off and change the subject before anyone can dig deeper.)

maybe it’s silly, but you’re still hurt, aren’t you? it’s a familiar ache in your chest, the kind that’s so sharp and unbearable that it drives you to go skating through campus buildings at 3 a.m., passing through halls that are utterly devoid of people, because everyone’s on break but you’re still at MIT because you can’t go home because your parents are both overseas now and international travel is complicated with the pandemic, and so you feel like a ghost haunting the corridors, and you make your way up to barker, the 24 hour library under the dome, and it’s so empty, you’ve never seen it this empty before, and you lie on the floor and stare up at the dome and blast sad music and hear it echo off the walls, and it’s raining outside, and you wonder if you’ll ever stop being sad, and—

let’s write about something easier.

you spent late high school and early college clinging onto the snippets of poetry you reblogged onto your tumblr. mary oliver, richard siken, ocean vuong. small kindnesses. what the living do.

your quote collection kept you tethered in the roughest waters. you found solace in knowing that there would always be words to remind you that things would be okay.

there’s a small niche of twitter accounts where someone puts all of their favorite quotes in a database and programs a bot to tweet one out every so often. notable accounts include brainrot bot and affectingbot. there are also more specific ones created for a certain author or artist or show.

so you made your own, and you called it melbot.

melbot tweets every thirty minutes. melbot has tweeted 11,000 times since it was created. melbot has quotes that knock the wind out of you when you read them. it’s a little like exposing a part of your soul.

you recently read laura dean keeps breaking up with me by mariko tamaki and rosemary valero-o’connell. you bought it on a trip to harvard square where you visited a comic book store in the basement of an unassuming building.

you relate to freddy riley a little too much.

…your love should be a thing that brings something to you. It’s true that giving can be a part of love. But, contrary to popular belief, love should never take from you, Freddy. 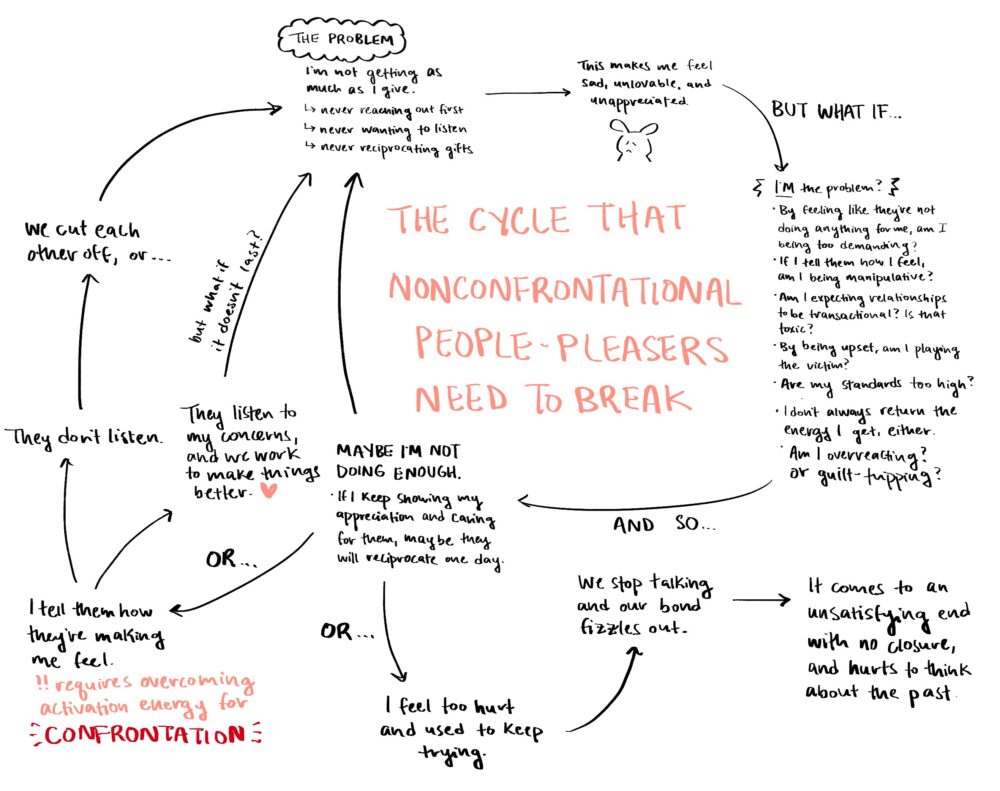 on wednesday during finals week, after a meeting with s^3, you call the mit mental health hotline.

you’ve been meaning to do this for months. since march, really. and you’ve probably needed therapy since junior year of high school, when the depression started to crawl in and settle into your bones. but something’s always held you back. and then it got to the point this semester where your friend straight up told you that you needed professional help because you were having some shitty thought patterns, and at first you felt a little offended but you also knew it was true, and then you got hosed so you didn’t call for another month, but here you are now.

“hi,” you say. you clear your throat. “i was wondering if i could get…counseling through you guys?”

they call you a week later for an assessment. the person on the other line asks you a few questions about yourself and any preferences you have for therapy, like being in-person or online.

“in-person would be nice,” you say.

“okay,” they say. “it looks like the next in-person slot we have is…february 4.”

“oh,” you say, but you’re not really surprised, because the backlog for mental health help at this school is insane. “well, what about having it online?”

they send you a bunch of paperwork and you fill it out. there’s a few rapid-fire email exchanges to make sure everything’s in order, and then you’re all set.

your first session…goes pretty well, actually. you talk about your issues with setting boundaries, and feeling replaced, and the depression symptoms that have been making your life hell this semester. you end the call feeling hopeful that you’re moving in a better direction.

you also know that you’re very, very lucky. your friends have had a variety of experiences with mit medical and they haven’t always been positive. still, you’re glad that you reached out. one day, you might resolve some of the gnawing sadness inside of you.

(interestingly enough, you googled your therapist’s name and it came up in a blogpost from 2017 where vincent talks about working through some of his issues. it sounds like it all turned out okay for him. you hope the same can be said for you.)

some days, you still feel so sad that you could sink through the earth. a part of you will always be mourning the friends that you no longer talk to.

but you don’t want to let others influence you anymore. you’re sick of trying to fulfill the ever-changing whims of people who won’t return your energy.

you want to take good care of yourself. you want to pick up your hobbies again. you want to put your needs first and do what’s best for you, because the truth is, you are the only constant in your life.

you want to romanticize a quiet life. you want to break the people pleaser cycle.

you want to be okay.