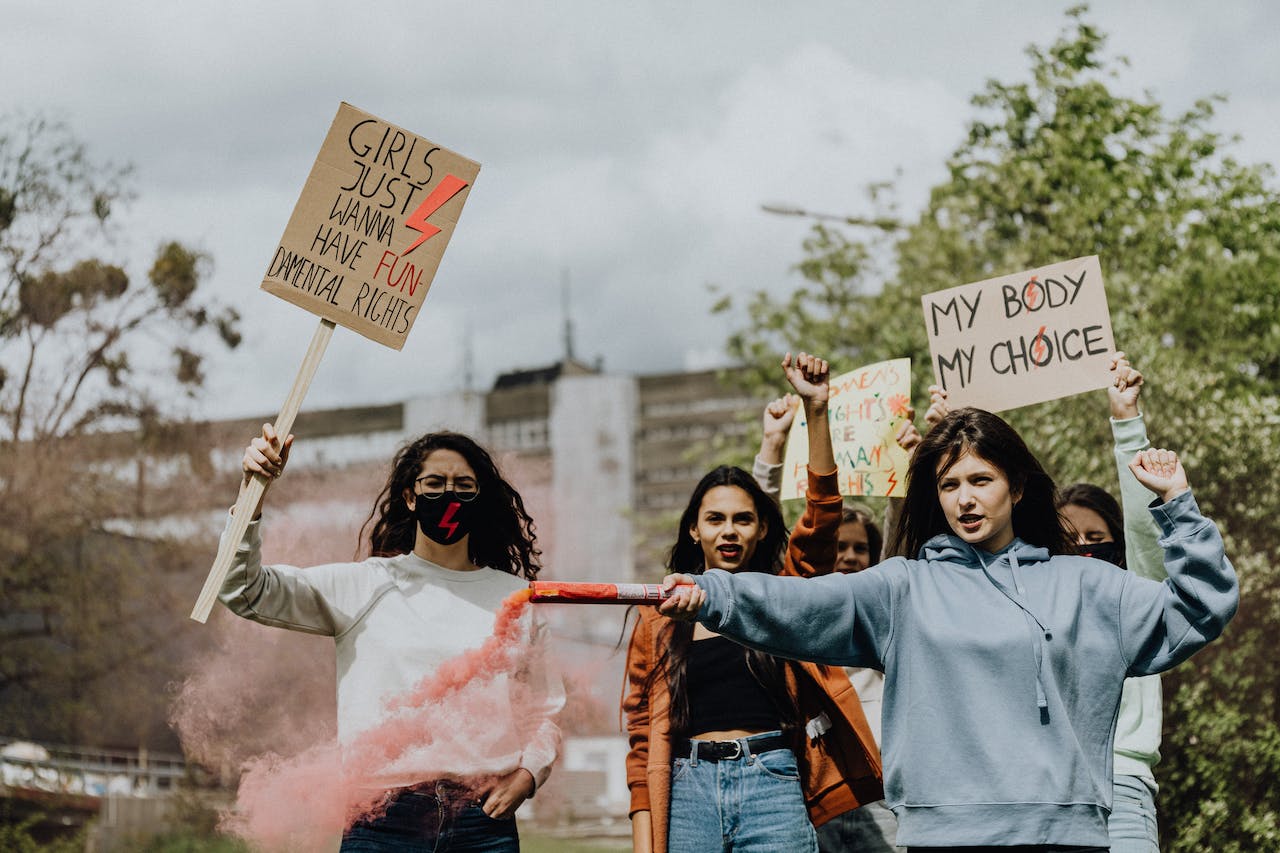 With the constitutional right to abortion threatened as the conservative-majority U.S. Supreme Court argues over a case on a 15-week abortion ban in Mississippi, activists and experts point out how abortion restrictions are already impacting many college students, even in states with fewer constraints.

A lack of transportation, lengthy distances to the nearest abortion clinic, the high cost of the procedure (about $600 in California), and abortion misinformation as well as stigma can make it hard for students who want an abortion to get the quality care they seek.

“In my first year in college, I didn’t have a car, and it was really difficult for me to just go grocery shopping,” said Brenda Vargas, an undergraduate student at San Jose State University. “I can’t imagine someone who wants an abortion and can’t get it because they don’t have a ride or are working and can’t take a break to go across town or hours away.”

But in California, public colleges are working to provide medication abortion care to students on campus to ease that burden. Medication abortion is a safe, effective procedure where people take two kinds of pills (called mifepristone and misoprostol) up to ten weeks of pregnancy.

Vargas is a member of the Pro-Abortion Student Advocacy Board at Unite for Reproductive & Gender Equity (URGE), an advocacy organization that has been working with California public colleges to help their health centers provide medication abortion care on campus. In 2019, the state passed a law called SB 24 that requires the University of California (UC) and California State University (CSU) campuses to offer students medication abortion on campus by January 2023.

“At the end of the day, abortion is healthcare,” said Vargas. “Just like if you break your arm and get a check-up at a health center on campus, that’s the way we want to approach medication abortion care. So that students can thrive in college and don’t have to drop out if they have an unwanted pregnancy.”

Yet the landmark Roe v. Wade decision of 1973, which established abortion as a constitutional right across the country, could be overturned in June or July 2022. That’s when the Supreme Court will announce its ruling on a Mississippi ban that directly challenges Roe. A six-week ban on abortion in Texas has also been in effect for almost four months, though six weeks is before many women know they are pregnant. The Supreme Court last week did not decide to halt the Texas ban, which is known as SB 8.

About 26 states have laws that automatically would ban or more severely limit abortion if Roe ends. More and more people may soon need to travel across state lines, including to California, to get an abortion. Such efforts among colleges to give students medication abortion care on campus could become increasingly urgent to relieve an influx of out-of-state patients that abortion clinics will likely see.

In addition, abortion access particularly impacts higher education. Unintended pregnancy and abortion rates are the highest among college-aged students (18 to 24). One in four American women who have abortions say they do so because an unwanted pregnancy would disrupt future opportunities, including education and work. And studies underscore how a post-Roe future will most likely impact low-income people and people of color as these are the communities who get most abortions in the country. Partially because of their lower tuition, public universities typically enroll more low-income students and students of color across the nation than do private universities.

“This is a racial justice issue, it’s a gender justice issue, and it’s an economic justice issue,” said Dr. Carrie Baker, professor of the study of women & gender at Smith College and the Sylvia Dlugash Bauman Chair of American Studies. “It’s also important to mention that it’s stigmatizing to exempt this one kind of reproductive healthcare at health centers on campuses.”

URGE has been working with health centers at UC and CSU campuses, especially in rural areas or at institutions with fewer resources, to prepare for implementing SB 24. According to a 2018 study from researchers at the University of California San Francisco, about 322 to 519 UC and CSU students a month seek medication abortions. The majority of students need to currently travel at least 30 minutes each way using public transportation to reach the nearest facility that offers abortion care.

“We’ve also been trying to raise awareness to cultivate pro-abortion attitudes on our campuses,” said Sarah Allen, an undergraduate student in her senior year at California State University Long Beach and fellow member of URGE’s Pro-Abortion Student Advocacy Board. “We’re a group of many students from the UC and CSU campuses getting the word out about medication abortion coming to campuses as basic healthcare.”

States like Massachusetts have been watching what California has been doing. Recently, Lindsay Sabadosa, state representative of the 1st Hampshire District in the Massachusetts legislature, introduced with Senator Jason Lewis of Massachusetts, a bill similar to SB 24 in California.

“Looking around the state, you see true abortion access deserts,” said Sabadosa. “If a student doesn’t have a car and takes the bus, that can be a big obstacle. With what’s going on in Texas, we’re now hearing people say, can you imagine traveling hundreds of miles to get to a clinic? Well, yes, I can. Because that’s what we’re seeing already. This is really about getting your healthcare where you live and your follow-up care where you live.”

If passed, the Massachusetts bill would establish a fund that the Department of Public Health and Department of Higher Education would administer to help cover the costs of medication abortion readiness.

Baker also researched the barriers to abortion care that public university students face in Massachusetts, and her findings will soon be published. Some of the 13 public universities and colleges in Massachusetts are miles from the nearest abortion clinic. It can take two hours or more for a student to get to a clinic one way. And not all clinics are open on the weekend, so students may miss classes or work to get to their appointment.

Baker added that misinformation needs to be addressed by public university health centers. Some public college health centers she spoke to during her research did not know where the nearest abortion clinic was for students. And when it comes to ending a pregnancy safely, time is of the essence.

“If they’re not going to be providing the abortion care on campus, then they should be at least providing information on where the closest quality abortion clinic is, especially with the many interruptions in care that we know happen from antiabortionists,” said Baker.

For instance, anti-abortion centers, also known as crisis pregnancy centers, outnumber abortion clinics across the country. Studies of these centers reveal they often provide misleading or false medical information on abortion care to delay a person from ending their pregnancy until it is too late. Students could end up at such centers, but Baker argued that campus care is a chance for scientific, evidence-based information to be available.

Allen at URGE stressed as well that now more than ever, activists can focus on supporting abortion funds in the 26 states that could ban or more severely restrict abortion if Roe is overturned.

“It’s really important to not write them off that they’re lost. I could go on forever about how all this Supreme Court news makes me angry, how it’s unfair, how people will be harmed,” said Allen. “What we know is that restricting access to abortions does not stop abortions. What it does is stop safe abortions. So, we want to make sure those who need an abortion get the quality care they deserve.”

Rebecca Kelliher can be reached at rkelliher@diverseeducation.com.