One Million Degrees (OMD) has been changing the educational landscape for Chicago area community colleges for fifteen years. In their leadership webinar hosted on Thursday, they shared details of their continued success, and highlighted the success of their partner organization, One Ten. 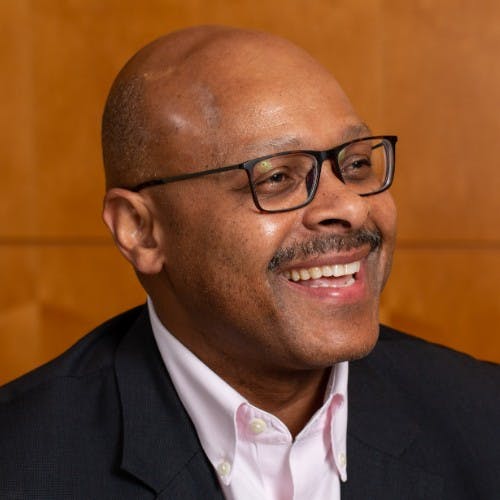 Maurice Jones, CEO of One TenOne Ten was created by a group of executives purposely looking to close the opportunity gap for Black workers. One Ten’s mission is to hire one million Black Americans without four-year degrees into jobs with family sustaining wages. Many of those Black Americans will come from OMD, where over 90% of students identify as people of color, and over 50% are first-generation college goers. As OMD works to improve enrollment, persistence, and graduation rates, One Ten helps companies hire those students, completing community college’s push into economic and social mobility.

One Ten was founded in 2020 after the pandemic, the economic recession, and the killings of Ahmaud Arbury, Breonna Taylor, and George Floyd.

“A group of CEOs came together to ask the question, what can the corporate community do to help the country on its journey to become a more perfect union?” said Maurice Jones, CEO of One Ten. The answer? Jobs that earn a family sustaining income.

But what was keeping Black and other people of color from those jobs? The CEOs realized there was a systemic barrier in place that limited access: the requirement to have a four-year degree.

One Ten works with companies to recruit hires without four-year degrees by looking for acquired skills and a drive for success. Once selected, those new hires are placed in an apprenticeship cohort, where they can learn, grow and, ideally, advance.

“This is about fundamentally changing our hiring practices to make them more inclusive, improve retention and advancement,” said Jones.

One Ten also works with companies that are ready to take a close look in the mirror, said Jones, inspect where they are succeeding in hiring Black talent and where they are not. It’s also vital that these companies evaluate every aspect of their culture that might keep Black talent from growing with the company.

“There’s a reason why we don’t call this One One—we call it One Ten,” Jones said with a laugh. “This is a ten-year transformation.”

“I have a four-year degree in political science,” said Jones. “The notion that a company would interview me for a coding job over someone that did an eight-week boot camp on coding is crazy. It doesn’t make common sense.”

Juawana Allen, graduate of a Chicago-area community college and a OMD student, was able to take advantage of an apprenticeship with One Ten corporate partner, Aon insurance. She was welcomed into the team, working full time while completing her two-year degree.

Transitioning to the corporate world, said Allen, was difficult. She said she often experienced imposter syndrome and felt the psychological discomfort of being one of the only Black faces in the company. That’s where the mentor supports in place at Aon came in handy, as well as the continued support Allen received from One Ten’s partner, OMD. 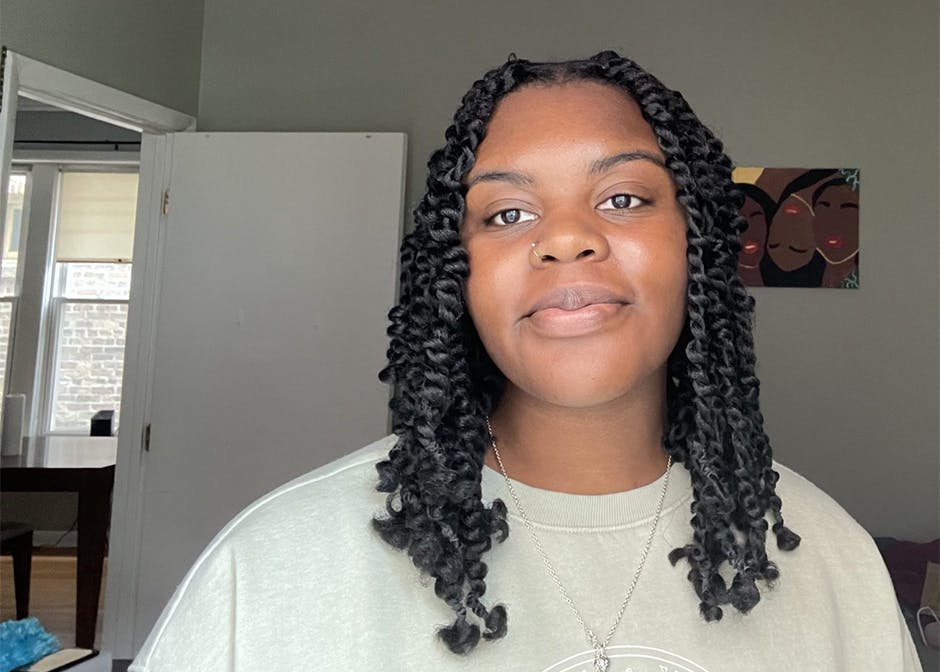 Juawana AllenOMD doesn’t just offer academic support but wrap-around supports, creating a community of academic tutors, mentors in desired fields of study, and one-on-one advising. The effect of OMD’s support structures were recently analyzed by the Inclusive Economy Lab, who studied a cohort of OMD applicants and spot-holders. Their results revealed that OMD students are 31% more likely than their peers to persist through fall and spring semesters and are 18% more likely to attain their associate degree in three years or less.

Allen fought through the hard moments. She graduated from her apprenticeship and is now an account representative at Aon, a position she loves.

“What’s beautiful about this moment,” said Jones, “is more and more companies are recognizing that it’s both skills and the intangibles that are the best predictors of a successful employee.”

Both Allen and Jones encouraged corporate leaders to look at the One Ten program but reminded attendees that one does not need to be an executive to start the engine of change. They just need to keep an open mind and see the talent that is already all around them. Allen encouraged listeners to be a vessel, ready to “pour into these young adults.”

For Jones, the move away from the four-year requirement doesn’t just mean removing systemic barriers. It means that “companies are recognizing that talent acquires skills through multiple pathways. The intangibles, the grittiness, the perseverance, the hustle and the hunger. Those attributes, those muscles, are even more important to have if you’re looking for talent that will stick with you, succeed, and help your company grow.”

Liann Herder can be reached at lherder@diverseeducation.com.