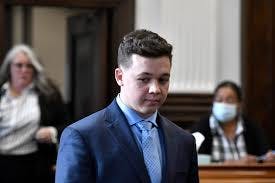 On Nov. 19, a 12-person jury acquitted Rittenhouse on all charges related to his shooting of three people that killed two and injured one during the riots in Kenosha, Wisconsin, on Aug. 25, 2020. While the prosecution argued that he behaved recklessly and with “no regard for life,” Rittenhouse said he was acting in self-defense and “feared for his life.” The trial, which was highly publicized, drew polarized political reactions.

“Even with a not-guilty verdict from a flawed ‘justice’ system – Kyle Rittenhouse is still guilty to his victims and the families of those victims,” states the demand letter from the four groups: The Arizona State University Students for Socialism, Students for Justice in Palestine, Multicultural Solidarity Coalition, and MECHA de ASU.

Aside from unenrolling Rittenhouse, the groups are demanding a redirection of funding from the Arizona State University Police Department to the multicultural center and the establishment of “a care center on campus.”

While Rittenhouse is enrolled as a non-degree seeking student in online classes with ASU Online, he has not gone through the admissions process with Arizona State University and is not enrolled in the Edson College of Nursing and Health Innovation, reports K12 News.