For years, activists, educators and legislators have been focusing on opening the doors of higher education institutions to students from underserved communities. But few resources have been allocated to helping students complete their degrees. This year, the Biden administration proposed the $62 billion College Completion Fund in its American Families plan. Activists hope by pushing the passage of this bill, more Americans can live a better life and achieve their dreams through education.

“Our focus on entry and opening those doors has not been met by a focus on making sure that once people enroll, they actually complete their degrees and they graduate and they’re able to go on to their career dreams that brought them to the colleges and universities in the first place,” said Texas Rep. Joaquin Castro at Friday’s virtual panel hosted by the Institute for Higher Education Policy (IHEP). “And that’s why I’m excited about the College Completion Fund.”

According to Amanda Martinez, senior policy analyst at Hispanic civil rights and advocacy organization UnidosUS, there’s an over 18 percent gap in completion rate between Black and Latino students and their white counterparts when looking at data from 2014. The pandemic has further worsened the gap. 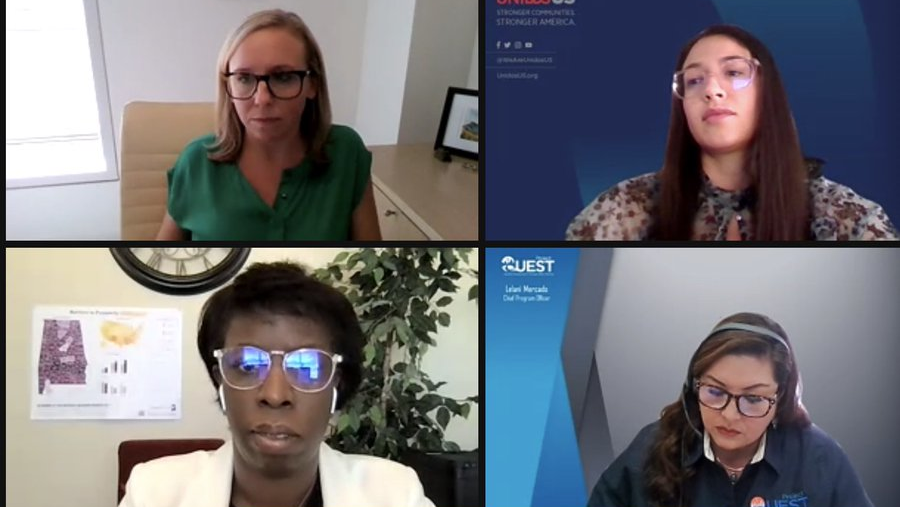 “Completion trends are dire. They were dire before the pandemic and now they’re probably going to be catastrophic,” said Martinez who participated in Friday’s panel discussion.

Jacob Fraire, president and chief executive officer of the Texas Association of Community Colleges, added that right now only one-third of students earn a two-year degree within three years and only half of the students from low-income backgrounds graduate within six years at four-year universities.

U.S. Sen. Martin Heinrich of New Mexico, said that the nation’s current higher education system does not address all of the real life challenges that can stand in the way of a student’s success once they’re on campus. He noted that one in five college students are parents that need to adjust their schedule around work and childcare. Most students aren’t living on campus anymore as around half of American students are going to school part-time while working to support their families, he noted, adding that many college students are also returning to campuses later in life rather than enrolling after completing high school.

Chandra Scott, executive director at education activist group Alabama Possible, added that barriers like the lack of equitable and affordable access to broadband, low to no technological capacity at some institutions that serve a large population of students of color, and the shortage of debt forgiveness program for adult learners,  all stand in the way of student success.

“There has never been a more important time to focus on post-secondary completion as our country and our communities continue to weather economic instability, the pandemic, as well as the most recent wave of racial reckonings,” said Scott.

Tania Gross, associate vice president of retention and student success at Bluegrass Community and Technical College, suggested that instead of focusing on an individual failure when a student falls behind, educators should view the issue as a systematic problem, adding that higher education institutions share the responsibility for ensuring student success. She added that the College Completion Fund could help create debt forgiveness programs and scholarships that could help students alleviate financial difficulties that stopped many of them from returning to campus.

According to a report published by Third Way, if City University of New York system’s trailblazing student success program were to be implemented nationwide with the support of the $62 billion fund, it could create 1.56 million extra associate degree holders over the next ten years with the potential of generating $100 billion in tax revenue.

“Clearly we have a catastrophic problem in front of us,” said Martinez. “But there’s hope.”