Around the fall of 1985, Cynthia Nance had just missed the application deadline for the University of Iowa College of Law when her phone rang. The school’s dean of admissions, Dennis Shields, was calling her. Nance didn’t pick up, but when her mom rang, she answered. Someone named Shields wanted to talk to her about law school, her mom told Nance.

“He didn’t let me not apply,” said Nance, who met Shields earlier that year at a law school recruitment forum in her hometown of Chicago. Shields already knew about Nance when he showed up at the forum. A colleague had told him to keep an eye out for the talented Chicago State University undergraduate with a stellar transcript, who went by “Cyndi,” and grew up on the south side of Chicago. 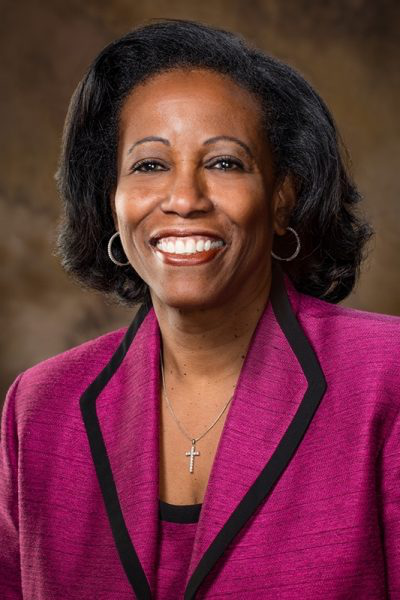 “Cyndi is a remarkable person, let me just say that upfront. I’ll take some credit for recognizing that early on and providing a foothold for her,” said Shields, who is now the Chancellor at University of Wisconsin-Platteville. “But her success is a result of her personal character, her talent, her effort, and her energy.”

That call to Nance’s mom turned out to be the push this diligent, yet at times doubtful student, needed to launch her trailblazing career in law and higher education. In 1994, Nance began teaching law at the University of Arkansas School of Law as only one of two women of color on the faculty. By 2006, Nance became the first woman and the first African American dean at the university.

“I’ve had such a very blessed life. I’ve had people around me who realized my potential, even if I was sheepish about it,” said Nance, who is now the dean emeritus and Nathan G. Gordon Professor of Law at the University of Arkansas. “I try to nurture my students, especially the first-generation ones, because I’ve been there. The same goes for women and people of color. I know what it feels like when someone sees that potential in you.”

“I wouldn’t be where I am today without a lot of different people interjecting themselves in my life at critical moments,” said Shields, who spent the first five years of his life in an orphanage. Like Nance, Shields came from a modest background. “I do what I do because I want to be that person for other people. And I think Cyndi is doing the same thing. She takes care of everyone around her.”

Nance’s blue-collar family inspired her focus on labor and employment law, a field in which she is today an internationally recognized expert.

Another one of Nance’s mentors, Carolyn Witherspoon, a former president of the Arkansas Bar Association, praised Nance’s character and tenacity. Witherspoon one day called Nance without knowing her to ask if she would chair a committee at the Arkansas Bar Association. She only heard of Nance’s strong reputation and her dedication to inclusion in the legal profession. Nance agreed to help.

“Cyndi believes diversity brings a lot of good to the table instead of just having a bunch of old, white men sitting around,” said Witherspoon. “She’s also just a wonderful person to work with and to be around. She can really inspire you with her deep commitment to ensuring that people are treated equally.”

To the next generation of lawyers and higher education leaders, especially to women of color, Nance said openness is key to building a meaningful career.

“Many of the biggest opportunities that came my way were not ones that I was seeking but ones where someone reached out and tapped me for it,” said Nance. “You never know. We always look for mentors who look like us, but sometimes it can surprise you who your mentor might be. Don’t count anyone out.”

Shields said Nance may never realize the full impact of her own mentorship on others.

“I can honestly say that I cannot imagine anyone’s life that she touched who hasn’t been the better for it,” said Shields. “That’s how special she is.”

“I think one of the reasons she responded to Iowa law school was that the people there held her to a high standard. They didn’t drop the barriers and make it simpler for her,” said Shields. “That’s something she carried forward. She has high expectations of people, whether students or faculty, and holds them accountable to meet the standards that they should be meeting.”

Nance holds those standards of the institution she serves as well. The University of Arkansas Law School has since become the first law school in the country to have an indigenous woman as dean.

“When I became dean, neither of the only two law schools in Arkansas had a woman or a person of color as dean. And now my heart is very full,” said Nance. “The deans are women at both law schools in the state. Nobody thinks twice about it. I just love that. It’s fun to see change happen.”