Latest News
Home /JR Smith is sharing his college journey, and we’re all rooting for him 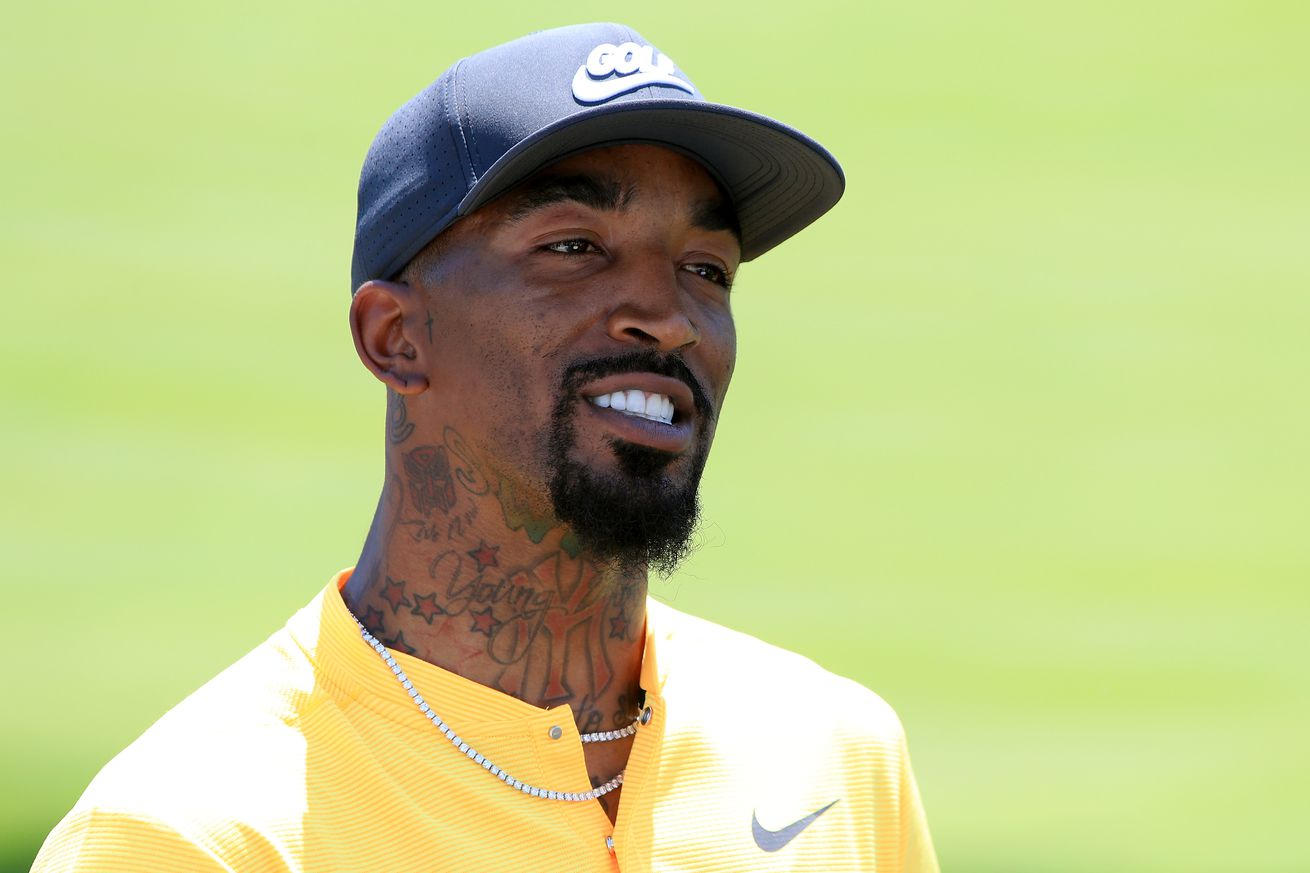 J.R. Smith decided to go to college after a 16-year NBA career. On the brink of his 36th birthday, Smith has enrolled at North Carolina A&T, an HBCU in Greensboro, NC, where he’s a liberal studies major and has been deemed eligible by the NCAA to play for the golf team.

Smith famously entered the 2004 NBA Draft straight out of high school instead of going to North Carolina. He had a slow start in the league after being selected with the No. 18 overall pick, but he eventually carved out a role as a valuable microwave scorer during stops with the Denver Nuggets, New York Knicks, and Cleveland Cavaliers. Smith retired with $90 million in career earnings, two championships playing alongside LeBron James on the Lakers and Cavs, and one Sixth Man of the Year trophy on his mantle. He could have done anything with his life after his playing days, but he decided to go to school.

Smith was reportedly encouraged to go to college by Ray Allen. He’s been live tweeting his experience during the start of classes, and it’s been both an inspiring and humanizing look at how an athlete adjusts to life after their playing career.

Smith’s journey started with unbridled optimism. As class has gone on, he’s been honest about the struggles he’s had adjusting to a totally new world. As he’s detailed his new life on Twitter, Smith has been vulnerable and excited and challenged by the course load. Here are the top tweets from his return to college so far.

English is my first language but these papers though pic.twitter.com/9uSlfYLKTv

First tutoring session in the books! I really like Mrs.Burke extremely helpful

Another great tutoring session! For sure asking for more hours, a little extra help ain’t never hurt nobody!

I hated school growing up and I knew this would be a challenge, but that’s not going to discourage me one second. You have to be able to buckle down and lock into new journys and challenges coming in your life. Observe, learn and adapt.

Man I’ve been eating junk food my whole life and no I got to quit cause I’m learning about nutrition in my #FCS class. African Americans especially have to cut out so much fast food and sugar in our diets. Diabetes rate is way to high an going higher. #nutritionclass

Is it natural to want to switch majors? #JustAsking

I have to learn howbto di a better job at taking notes. For some reason I have a hard time on what’s important information. I mean to me it all seems important pic.twitter.com/bZIUyXCEDI

So disappointed in myself this first week man

Been up since 5am LA time working on my education assignments. One bad week will not spoil the semester. Lace your boots up put your head up and go to work. #StuccInMyGrind

Imagine seeing JR Smith in your 8 AM class. pic.twitter.com/5dCGyDCRHH

J.R. Smith is cleared by the NCAA to play golf for @ncatsuaggies!“It was probably one of the most exciting feelings I’ve had in a while. I really didn’t know how it was going to go. … but to be able to actually call myself a student-athlete is a great feeling.” – J.R. Smith pic.twitter.com/eEGDOFX86Q

Smith’s college journey has resonated with so many fans because of how genuine he’s been about the experience. We’ve already seen him experience a roller coaster of emotions in a just a couple weeks. It’s a serious challenge to go from a professional athlete to a full-time student, and Smith is embracing the ups-and-downs of it all.

Smith has promised to continue sharing his experiences on Twitter, good or bad. We’re rooting for you, JR. Have a great year.