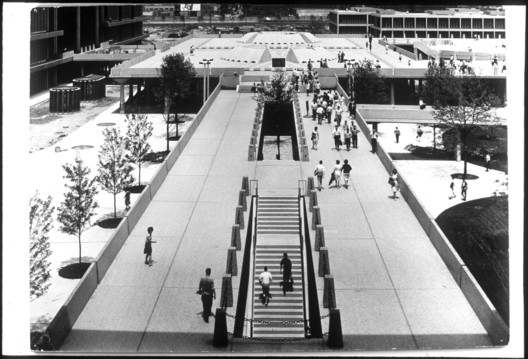 Chicago was home to a massive elevated walkway dubbed the “pedestrian highway.” It connected buildings on the East Campus of the University of Illinois at Chicago and created a multilevel network of human activity. It was designed by the architect Walter Netsch, the architect of the Air Force Academy Campus and famous chapel in Colorado Springs. The walkway was gigantic and monumental. It was even featured in the horror film Candyman from the early 1990s. But, over time, the walkway fell into disrepair and the decision was made to demolish this piece of iconic urban infrastructure.