With a federal judge in Texas ruling on Friday against the Obama-initiated program protecting young undocumented immigrants from deportation, college students who receive the Deferred Action for Childhood Arrivals (DACA) are understandably concerned about what comes next.

The court’s decision blocks first-time DACA applications, which limits college-aged students and their family members who only just became eligible.

Marisol Chavez, who is majoring in elementary education at Trinity Washington University said that she was “shocked and in disbelief,” upon hearing the decision. 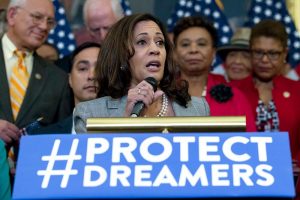 “I thought about my friends, myself, and all the Dreamers—and about the future and what is going to happen next,” said Chavez, who is slated to graduate at the end of the next academic school year.

Chavez was born in Mexico and has been in the U.S. for the past 15 years. She has aspirations of becoming an elementary school teacher and wants to enroll in a graduate program once she earns her bachelor’s degree from Trinity.

For many Dreamers like Chavez, the ruling stresses the emotional rollercoaster of DACA that they have lived through for years. The Biden administration will appeal the court’s decision, but without intervention from Congress, the program still balances on a razor’s edge, experts say. It may be one ruling away from being stopped again.

“I really hope that Congress will help to create a pathway to citizenship,” said Chavez.

About 11 million people in the U.S. are undocumented, according to the Pew Research Center, though some studies dispute the actual count is twice that number.

“This decision is a huge concern for higher education,” said Michael Kagan, the Joyce Mack Professor of Law at the University of Nevada, Las Vegas, who researches the tension between immigration law and civil rights. “DACA is a financial lifeline for people. Recipients in their early 20s often are their families’ breadwinners. Students being able to work legally also, of course, can be essential to paying tuition. So if you take that all away, there is a devastating effect on people trying to continue their education.”

Like Chavez, Mileidi Salinas-Bucio, a senior majoring in Ecological Communications at Trinity is also worried.

“Just when we think that our friends, family, and other loved ones will be ok, another ruling puts us three steps back,” she said. “Though the most recent ruling in Texas won’t affect Dreamers who already have DACA, many of us have younger siblings and family members who would be eligible for the program if it weren’t for this ruling.” 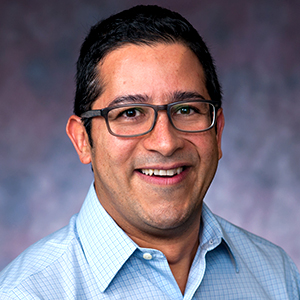 Salinas-Bucio said that with a new administration, she was hopeful that the crackdown on Dreamers would be an issue of the past.

“We thought the worst was over and that at the very least we would have stability in our lives for the next four years,” she said. “It seems as though we were wrong. This ruling is just one more example of how DACA is just a band-aid over a shot wound. It was always just a temporary fix to a problem that needs a permanent solution. In order to have that solution, Congress must pass immigration reform. With a standing Democratic president and a majority Democratic Congress the time for that reform is now.”

Some experts are cautiously optimistic about that timing.

“Most of the American public is in favor of the Dreamers. This court case reminds Congress that DACA people are very vulnerable,” said Dr. Ernesto Castañeda, an associate professor of sociology at American University. “That may help convince more lawmakers to push through the pathway to citizenship provisions,” he said referring to President Biden’s $3.5 trillion economic package.

But until that pathway is secure, many DACA recipients and their communities hold their breath, again.

“It is inhumane the way that Dreamers have had to live their lives in a constant limbo in the past few years,” said Elizabeth Silva, a junior psychology major at Trinity Washington University, which has about 100 Dreamers enrolled at its institution. “Is it true that we were given a chance to work, earn driver’s licenses, and a temporary spot at the table? Yes, of course. However, that does not mean that the uncertainty of whether this program will stay or go, and what that means for us, has not been dreadful to think about. Not knowing what our future holds after we have so badly fought for it is terrifying.”