Some conservatives have been quick to point to the price tag of Biden’s proposal ($1.8 trillion), arguing that making the first two years of higher education free ultimately limits student choice and could be potentially damaging for HBCU enrollment.

Dr. Robert T. Palmer, department chair and associate professor in the Department of Educational Leadership and Policy Studies at Howard University, said that the impact of the Biden proposal varies, depending on the different needs served by each MSI.

“We have to remember that HBCUs are not a monolith,” he said. “The plan right now calls for at least $39 billion to be set aside to subsidize tuition for students wishing to attend HBCUs if the family makes less than $125,000 dollars,” he said, adding that the plan demonstrates “some concerted effort to not do any damage to HBCU enrollment.” “If you go down a path where you want to make college free, you can hurt, in the short run, a segment of institutions like your smaller regional publics,” he said. “You can hurt many of your HBCUs, because you remove people in the first two years from their base.”

“The true intention,” of the free college movement, said Sorrell, “was to speak to the institutions that were behaving poorly by raising their tuitions in a more aggressive manner.”

Sorrell cited, for example, the construction of large capacity stadiums, or “lazy rivers” for student recreation as reasons for the increase in tuition.

Dr. Walter M. Kimbrough, president of Dillard University in New Orleans, said that the American Family Plan could ultimately be a good thing for HBCUs, “as long as the assistance to minority-serving institutions remains part of the proposal.” He added that “there is a better chance of the proposal not happening at all than for it happening and excluding HBCUs.”

Sorrell said that a good way for HCBUs to compensate for any potential loses to enrollment in their first two years is to create transfer partnerships with community colleges. “Institutions,” he added, “should already be doing that.”

Since 2014, California community colleges have successfully partnered directly with over a dozen HBCUs to make direct transfer as simple as possible. The community college system which serves 2.1 million students at 116 institutions, leads webinars each semester to guide students through the process. So far, 50% of their 2014 cohort of transfer students have attained their bachelor’s degrees. The average rate of transfer graduation in six years or less is 13%, as calculated by the National Student Clearinghouse.

But the transfer process can become a bit more complicated for private MSIs like Dillard.

“The challenge for private schools is sticker shock,” said Kimbrough. 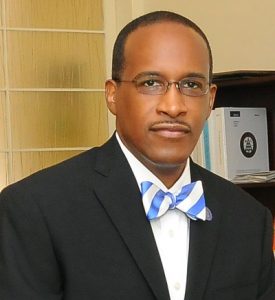 Braxton Simpson is an HBCU Fellow with Rise, a student-led organization that  encourages civic engagement. She graduated from Tennessee State University this past spring, and many of her classmates matriculated to TSU only after transferring from a community college. Simpson thinks that the specific draw of HBCUs will keep students coming.

“HBCUs have a culture of their own,” she said. “For me, there was no other option than going to an HBCU.”

Successful passage of the American Families Plan “could make a world of difference,” said Simpson, not only for the institutions but their students.

“There are a lot of students that want to come to HBCUs, but just plain and simple, they can’t afford to come,” she said. “This funding could allow institutions to shift focus from their budgets to the education of their students.”

Liann Herder can be reached at lherder@diverseeducation.com.