Latest News
Home /Black Male Teachers Should be the Norm, Not the Exception

Our education system, as we know it, is systematically racist. How did we get here? We haven’t been thinking about what is best for kids. Kids perform better in school when they are with teachers of the same race or ethnicity. There are approximately 8 million (15%) Black students in America’s public schools, yet only 7% of teachers are Black. By not providing enough teachers of color for our students we are exacerbating a form of racism in the field; we don’t take that seriously enough. 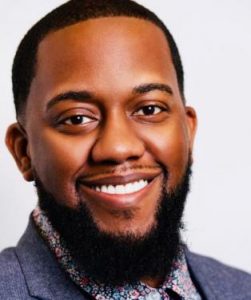 The first Black male teacher I had was my band director in middle school. When I got to high school I had one more Black male teacher who taught me computer science. That’s it. And while band and computer science are wonderful and worthwhile subjects, I can’t imagine the impact it would have had on me to have a Black man teaching me about the Harlem Renaissance in history class or about Their Eyes Were Watching God by Zora Neale Hurston in English class.

I think about my grandfather, a man who was never allowed a formal education. Robbed of an opportunity that should have been a right, he became a sharecropper in his preteen years. He was, however, my first and perhaps most impactful teacher as he would share his wisdom and insights about navigating the world as a Black man. I would like to think he would be proud that I am the dean at Relay Graduate School of Education’s Louisiana campus, where we’ve recruited nearly 200 teaching candidates who identify as underrepresented people of color in three years — 32 of whom identify as Black males. However, I think he would be unsurprised to know that they remain outliers. Nationwide only 24% of teachers are male. Strikingly, only 2% are Black males. We can and must do better for our kids.

Many in Louisiana have focused intentionally on shifting that reality. We’ve worked alongside partners such as Xavier University, Loyola University, and Teach For America through a federal SEED grant to recruit more diverse individuals to enter teaching. Recently, we were awarded an AmeriCorps grant from Serve Louisiana to help ensure that finances weren’t a barrier to pursuing a teaching credential or master’s degree through Relay’s programs.  Currently, student satisfaction in my program is the highest it’s ever been – let’s capitalize on this and inspire aspiring Black teachers to join a program with a strong vision with a team who pushes to actualize it. In my experience Black men are often not valued in academic spaces — and often pushed into disciplinary roles. We need to show Black men that they are valued and needed in all spaces, but let’s emphasize the dire need for them in schools. We need them as academic role models for our students.

How do we make this a reality? We can start by elevating the teaching profession by paying teachers what they deserve. We need to demand fair compensation. Teachers are people too, people who need to take care of their families and themselves. Since Black people are disproportionately affected by poverty, this means in order to recruit a diverse teaching workforce we need to give teachers a competitive salary. According to the U.S. Census Bureau, in 2019 the share of Black people in poverty was 1.8 times greater than their share among the general population. Black people represented 13.2% of the total population in the United States, but 23.8% of the poverty population.

State-level policy can make the field more accessible: Let’s introduce diversity goals, salary raises, earning potential trajectories, and micro-credentialing opportunities, which allow us to hone in on specific skills. Let’s create a more strategic pipeline program for states to recruit and retain high-quality teachers. Our state and district and school leaders should ensure that Black male teachers are the norm, not the exception. Our policies should help to transform our education system from one that is racist to one that promotes all children’s potential. I call on my fellow education leaders to step up and create the space for Black men to teach, lead, and inspire the next generation of children, particularly children of color.

Dr. David Wallace is the dean of ​​​​​​Relay Louisiana.