The signature “skee-wee” rallying call erupted at the start of a Q&A featuring then-U.S. presidential candidate Kamala Harris. Hearing her surrogate sisterhood sound their encouragement and their approval of what she embodies, Harris clapped, returning the women’s applause. She wiggled gleefully in her chair and beamed a smile toward those huddled members of Alpha Kappa Alpha sorority, skee-wee’ing in Harris’ direction.

“Those are my sorors,” Harris, laughing, announced to the journalist who was moderating that night’s discussion in South Carolina. She was delighted to have AKAs in the room. 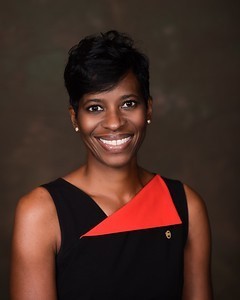 The new vice president’s shout-out to her kindred in what is the nation’s first Black sorority was more than mere gesturing, say scholars, including several who are AKAs themselves. Harris’ presidential bid, its failure notwithstanding, and subsequent election as U.S. vice president place her in a pantheon of Black Greek society members who have taken on leadership positions of the highest order. The rise of Harris and other members of Black Greek organizations is driving, some observers say, heightened attention not only to the history and role of Black Greeks, but also to the role of historically Black colleges and universities [HBCUs] in creating generations of Black doers and strivers.

Harris — who is Black and South Asian — has touted her HBCU and Black Greek connections and is thus fueling heightened interest in HBCUs, says Dr. Lorri L. Saddler.

“Many high school students are seeing these institutions differently and as viable options for their academic advancement,” says Saddler, associate vice president and dean of admissions at Clark Atlanta University. “HBCU grads have been present in every industry at every level. We’ve known that. Now, the world knows that. The accomplishments of Madam Vice President Harris only elucidate what HBCUs can deliver.”

It’s a necessary counterpoint to what Dr. Nikita Harris, a University of Alabama associate professor (who is not related to the vice president), says are doubts about the educational capacity of HBCUs, a complaint she has heard mainly from Black students. 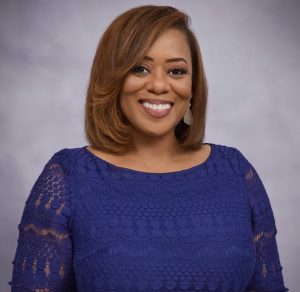 “They’re under this notion that [predominantly White institutions] prepare you and HBCUs won’t,” says Harris, an AKA sister who teaches in Alabama’s College of Communication & Information Sciences.  “Often, they don’t know I’m a product of two HBCUs …. And when I look around at PWIs, [many of] the Black people who are on the faculty there also graduated from HBCUs.”

Says Jasmine Sanders, an AKA sister who earned her bachelor’s degree at Spelman College and is studying for a doctorate in sociology at the University of California at Berkeley: “In a time when historically Black colleges and universities are often challenged financially and in other ways, and when their value sometimes is contested in the broader society, for this [conversation about Harris] to be on a global platform, that’s so amazing and so critical.”

Harris is not alone among pioneers in the present political moment who also hail from HBCUs, Sanders adds, detailing a shortlist of Black politicians now in the spotlight: “Stacey Abrams, Keisha Lance Bottoms, Raphael Warnock. We’re seeing in so many places the legacy of HBCUs and the ongoing impact they have.”

Enrollment in HBCUs, which account for 3% of all the nation’s higher education institutions, surged by 47% between 1976 and 2010 and fell by 17% between 1976 and 2018, according to the latest available data from the National Center for Education Statistics. Of degrees conferred by HBCUs in 2018, 74% went to Black students. Non-Black students were 24% of HBCUs’ enrollment in 2018.

Female enrollment in HBCUs rose from 53% in the fall of 1976 to 62% in fall 2018. Vice President Harris’ gender holds its own importance, some say.

Arkansas’ AKA graduate chapter, was impressed by Harris and by recollections that her Howard University sorors shared during a 2020 election Zoom call for AKAs nationwide. “She was so involved while she was on campus, and that really stood out,” Cleaver says. “It shows that this work of being in a sorority can really take a person somewhere. And that certainly can inspire young women, letting them see how this involvement can lead to something much, much bigger.” 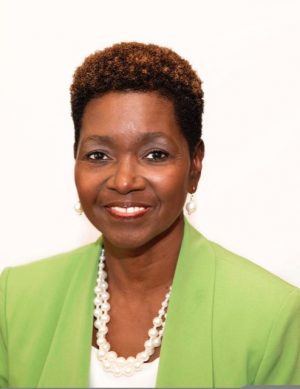 Harris’ candidacy enlarged Black Greek-dom itself, says Dr. Ann Wead Kimbrough, the first female dean of the School of Journalism & Graphic Communications at Florida A&M University and a member of Zeta Phi Beta sorority. Harris’ sorority was in the spotlight, obviously, during the campaign, Kimbrough says. But the eight other Black sororities and fraternities, as a collective, kept a steady, essential presence in the background of Harris’ barrier-busting bid for the White House.

“This Kamala thing is a Divine Nine centering point,” says Kimbrough, who retired from FAMU last year, referring to the nation’s nine Black sororities and fraternities.

“She gave us a rallying cry, without even having to say explicitly what we were supposed to do. There was never a question about whether all of us would support her,” says Kimbrough, noting that she regularly added the AKA’s pink-and-green signature colors to the Zeta’s royal blue and white while campaigning on Harris’ behalf. “This work became our heartbeat. We demonstrated a result at the ballot box. And it gave this unusual gathering of people, Black Greeks, a chance to show our letters but focus on our unity.”

That’s bound to bear fruit immediately and long-range for HBCUs, the Divine Nine and the Black community, writ large, she and others say, summarily and optimistically.

“We were the ‘Thirty-eight Jewels of Iridescent Splendor,’” says Clark Atlanta’s Saddler, No. 26 in a line of 1986 AKA pledges at Howard University. Kamala Harris was No. 15.

“Madam Vice President Harris is who she appears to be,” Saddler says. “She is authentic, she is genuine, she is concerned about the American people and I think we saw that when we were in our initiation process back in 1986. And that’s a mirror-reflection of what you see in her today.”

A call to serve

In several ways, Harris’ trajectory — as a community activist, servant, public defender-turned-prosecutor, the first Californian female of African descent to be elected to the U.S. Senate and first woman to be elected as U.S. vice president — is an outgrowth of the AKA’s and Divine Nine’s mandate to spend one’s lifetime serving others.

In “the early 1900s, a group of women who really, probably, had very scant resources created and incorporated this sorority … that has grown far larger than they dared to imagine and has chapters around the world,” Saddler says, of the 300,000-member sorority. 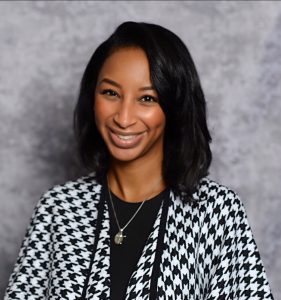 “It’s important for the broader public to understand that the women of AKA, and the whole Divine Nine, make a commitment. We are standing shoulder-to-shoulder in activism and impact. This is not just a collegiate experience. It goes so far beyond that.”

The University of Alabama’s Nikita Harris says she drew plenty of curiosity while positioning a five-foot, six-inch cutout of then-candidate Harris on-screen during Zoom and other virtual meetings in 2020. It might have looked gimmicky, but she was straight-up serious about what she was signaling.

Vice President Harris’ win was a win for many but, in a particular way, for Black people, Nikita Harris says.

“It means the struggle is not in vain. I was reminded of [NAACP co-founder W.E.B.] Du Bois’ Talented Tenth when [Kamala] said, ‘I will make sure I’m not the last,’” Harris notes, paraphrasing the newly elected vice president’s promise to help ensure that another female of color also might win the White House some day.

“She was speaking to a lot of what our cultural values are and should be,” Harris adds. “… Du Bois said our role in society is to become greater at using what our ancestors gave us in terms of grit and determination and pushing through. That’s what this moment is all about.”

This article originally appeared in the March 4, 2021 edition of Diverse. Read it here.