The Southern Regional Education Board’s (SREB’s) college-affordability profiles for the 16 states in its region illustrate that families had to pay a higher percentage of their income in 2017-18 for a full-time student to attend  a four-year institutions than in 2012-13. 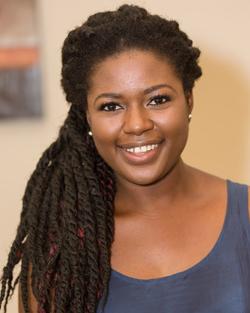 Families who earned less than $30,000 a year — categorized as the lowest income bracket — had to pay approximately 19% to 46% of their annual income to be able to afford a year of enrollment at public four-year research university in 2017-2018, said Christiana Datubo-Brown, lead author of the report and research associate for SREB’s education data services.

And in some states, as many as 30% of families with children in college fall in this lowest income group, Datubo-Brown added.

“Altogether, what this data is telling us is that, if there isn’t a proactive effort to making college more affordable for low-income students, states are most likely going to experience a hit to preparing their workforce for the future economy, a future economy where we’ll need a lot more people with education past high school in order to fill the middle- and high-skills jobs that are growing in number,” Datubo-Brown said.

On average, families in the 16 states had to pay between 29% and 31% of their yearly income for one full-time student to attend a four-year higher ed institution, and 17% for a two-year institution, such as a community or technical college, according to the SREB brief.

Data for the reports were gathered from the 2017-2018 period, the most recent year with available student financial aid and net price data. 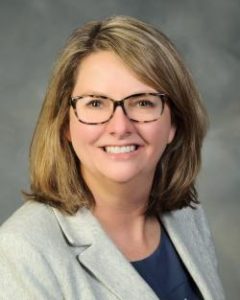 What’s important to note is that these college affordability issues were present before the COVID-19 pandemic and later data from 2019 to 2021 may show that such issues were exacerbated by it. As for now, there is no concrete data but SREB expects the pandemic to have a large effect on college affordability, Datubo-Brown said. These lowest-income families are also the hardest hit by the COVID-19 pandemic’s effects on employment and health.

One of the goals is to make policymakers and other decision-making parties aware of “what families and their students are having to contend with,” Datubo-Brown said.

One potential takeaway from these findings that should not be overlooked is that, in many of the states, two-year institutions have remained substantially affordable, Datubo-Brown said.

“It’s also the reason why different sectors of post-secondary education were created or exist, they have different missions,” said Dr. Susan Lounsbury, director of SREB education data services and co-author of the briefs. “And really, two-year colleges and technical colleges were created to educate students who might not have the means or the interest in pursuing a four-year degree.

“And so, fortunately, among all of our states, they’re continuing to maintain that mission and provide education, post-secondary alternatives to students who either can’t afford to go to a four-year institution or don’t wish to pursue a bachelor’s degree.”

“If we think of higher education as a shared responsibility across all groups, then we want to come together, especially during these hard times, to make sure that these students – who make up a large population of students in college, these low-income students – do have the access and the opportunity to get a post-secondary credential or multiple credentials and make up for the high skill, middle skill jobs that are going to make up the majority of job openings in the near future,” said Datubo-Brown.