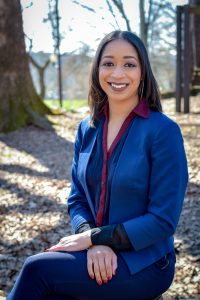 A few hours after receiving the second dose of the COVID-19 vaccine, Dr. Valerie Montgomery Rice, president of Morehouse School of Medicine (MSM), says she was “feeling great.” Rice, who says she has “a history of participating in clinical trials,” received her first dose of the vaccine on December 18 with CNN anchor Sanjay Gupta to raise awareness and public trust in the vaccine.

Rice and MSM are part of a group of higher ed professionals, doctors and public health experts known as the Black Coalition Against COVID, which is working to address community concerns and dispel misconceptions about the disease and the vaccine and to inspire trust in the medical community around these issues to hopefully save Black lives.

This is no small feat.

“Black folks’ mistrust in the medical system really stems from enslavement,” says Dr. Veronica Newton, an assistant professor of sociology at Georgia State University. She is working with a research team studying COVID-19 research participation in the Black community.

From the gynecological experiments conducted on enslaved African American women without anesthesia, to the forced sterilization of Black women after emancipation as a form of social control, to the Tuskegee experiments that withheld treatment for Syphilis from infected Black men, to even more recently not believing Black women and putting their lives at risk during childbirth, there has been systemic institutional violence against Black bodies by the medical community, Newton says.

“I think it’s really important that we remember that it’s institutional racism and sexism that has led Blacks to mistrust medical professionals, not just, ‘Oh, Black people don’t have a trust of medical professionals,’” she says. “It’s more than Blacks all having a bad experience with a specific type of doctor. It’s across all facets and specificities within the medical field.”

These disparities don’t only affect poor Black people. Dr. Geden Franck, an assistant professor in the school of medicine at Texas A&M University, pointed out how a lack of cultural responsiveness has impacted patient care. 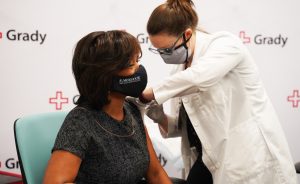 “There are multiple ways to build confidence in people who are trying to ever have a better understanding of why they should be confident in something,” said Dr. Valerie Montgomery Rice, president of Morehouse School of Medicine. “Sometimes people have to see you actually participate.”

“Yes, there are errors within the system, there are misdiagnoses within the system, but we tend to see there is a higher percentage of these when dealing with cultures or races that physicians are unfamiliar with — like what happened with Serena Williams during her pregnancy,” Franck says.  “That showed us that even when the African American patient is very affluent, they still face these disparities in treatment. It’s not a class issue or a disenfranchisement issue, it’s a system issue.”

Franck says other cultural customs come into play as well, such as historic disenfranchisement and a lack of access to healthcare.

“Many Black people across the diaspora, especially Afro-Caribbeans and Afro-Latinos, have always relied on their elders and homeopathic remedies before seeking any type of Western medicine,” Franck says. But since most doctors are trained primarily in first-line techniques, it becomes harder to treat patients who come for treatment later when it comes to the progression of disease.

And then there’s a proliferation of misinformation on the internet, he says, which doesn’t only affect Black people, but exacerbates the fact that this population is already dying at higher rates than others.

“We’ve entered the world in which misinformation is very prevalent,” Franck says. “Any mistrust in any system, whether it be medical or in the democratic system, is further amplified with the spread of misinformation when you politicize things that shouldn’t be politicized, like saving lives.”

Dr. Wayne A.  I. Frederick, president of Howard University, says getting information to the Black community is a constant challenge. Howard is also a member of the Black Coalition Against COVID, which has worked to broadcast webinars and virtual town halls featuring public figures —  such as Dr. Anthony Fauci, director of the National Institute of Allergy and Infectious Diseases, and National Urban League President Marc Morial — in an effort to push out accurate information about the coronavirus pandemic and its impact on the Black community.

A January report from the APM Research Lab found over 55,000 Black people — or more than one in every 750 — had died from COVID through January 5, a higher mortality rate than every other demographic group, except Indigenous Americans.

Frederick pointed out the effort is literally a matter of life and death, but it is difficult to win the trust of the community.

“You remember very, very early on in the pandemic, there was some conversation that maybe it doesn’t affect Black people. So there’s a lot of disinformation as well that you have to deal with and overcome,” he says. “But Black people are more likely to have comorbidities, more likely to be frontline and essential workers, less likely to be able to isolate. All of the social determinants of health are working against our community.”

“What we’re trying to do is educate people about why they should take a vaccine and then have them make the right decision,” Frederick says.

He is most worried about the way the positive rates and death rates are trending, and what that could mean for the Black community overall. “There is a scenario where in the early spring, in April or May, we could have a circumstance where lots of people have been vaccinated. And despite that happening, we may not have a lot of African Americans vaccinated,” Frederick says. “So we could actually have a really bad outcome in which (the Black community gets) hurt disproportionately on top of what has already happened, and that worries me.” 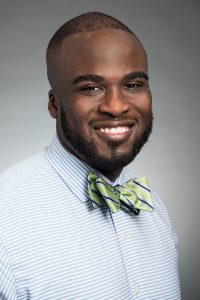 “There are a lot of people who talk about the Tuskegee syphilis experiment, the Mississippi appendectomy experiment, they talk about Henrietta Lacks. … And one of the things that I tell them that’s different from then and now is that we have Black scientists at every stage of the development of this vaccine,” says Rice. “Whether it was the early stage work, looking at the history of whether the messenger RNA could be used in the vaccine, whether it was the launching of the early trials, starting with animals and moving onto people, … even down to the marketing, there have been Black and Latinx scientists at every stage of that development, so we have been in the rooms where decisions have been happening.”

Franck pointed out that in the Tuskegee study, which is the most widely-cited example of egregious mistreatment, the treatment for a very curable disease was withheld from Black people. They were not injected with syphilis to study its impact, he points out, they were refused treatment.

“In this case, we’re trying to offer Black people a vaccine that could combat the disease — which, by the way, is disproportionately killing us — not keep it from them,” he says.

There has also been a lot of discussion of how fast the vaccine was developed. Many do not understand how the vaccine can possibly be safe for wide use in only a few months.

“People are minimizing the effect that the coronavirus has had globally,” Franck says. “The global impact has created a huge financial interest for the development of this vaccine, which has led to it being developed so quickly and the recruitment of a number of people into initial trials. Those are usually the two biggest barriers in the development of any vaccine: funding and participation. In this case, it quickly passed all the normal steps that any other vaccine would normally have to pass in order to be approved, because of the compelling global interest to get it done.”

Another misconception is that the vaccine is intended to prevent people from contracting the disease, Franck says.

“In contrast to other vaccines, which have either dead or live virus in it, [an MRNA, or Messenger RNA, vaccine] has none of that,” Franck says. “It takes it two steps down the road and takes what the body would normally have to build immunity and puts more of that into itself and gives the body instructions to build its own antibodies for immunity. This doesn’t mean you can’t get the disease, but it’s giving your body information to defeat it quickly.”

Franck is a member of a group of roughly 20 young, Black doctors who are working the social media angle to reach the community under the hashtag #RMRN — Real Medicine, Right Now.

“Fortunately or unfortunately, a majority of people are consuming their news on social media these days,” says Franck. “So we’re leveraging it to gain the exposure of providing the right information, providing the access to people, as far as testing and vaccines, but also, quietly, one of the biggest things is the exposure that we get as a group to motivate the younger population to pursue careers in the field of medicine.

“When they see doctors who look like them, and who they can also see having regular lives with regular interests — representation matters.”

“We need Black doctors that have the same list of demands and concerns and lived experiences — knowing Black folks. Actually knowing what Black life is like, and having that rapport and those relationships with your patients. We need people who can actually relate to Black folks. Not talking at people, but talking with and centering those voices,” she says. 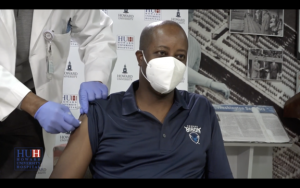 Dr. Wayne A. I. Frederick, president of Howard University, receives a COVID-19 vaccine

Frederick pointed out that, in the 1800s, there were eight Black medical schools dedicated to the production of Black doctors in the U.S. Now, there are four: Howard, Morehouse School of Medicine, Meharry Medical School and the Charles R. Drew School of Science and Medicine.

“We’re not trying to absolve other medical schools across the country from educating more students of color to be doctors, but we’re going to do more,” says Rice, whose institution recently entered a partnership with CommonSpirit Health, one of the nation’s largest healthcare providers, to train more Black physicians. “We need more physicians who are Black and Latinx, who come from rural communities, who have more cultural competency with the communities they serve.”

Newton says it is important to acknowledge the systemic failures that have brought us to this point. In addition to needing more Black and Latinx doctors, she says, White doctors and doctors of other races should still be held accountable for being able to relate to their patients. Newton is a proponent of all medical students being required to take a sociology course to help them better understand the cultural nuances that impact their patients.

“If we can’t use the words to describe the institutional racism, sexism in the medical field, we’re never going to be able to get there,” Newton says. “We’re just going to think it’s individual biases from doctors and not a structural problem.”

“These groups really need to learn the language so that they know how to communicate with folks who don’t look like them,” she says. “Not looking at Black folks as just Black bodies, but as actual human beings who do want folks in these positions to help us, but these systems haven’t shown us anything different.”

This article originally appeared in the February 4, 2021 edition of Diverse. Read it here.