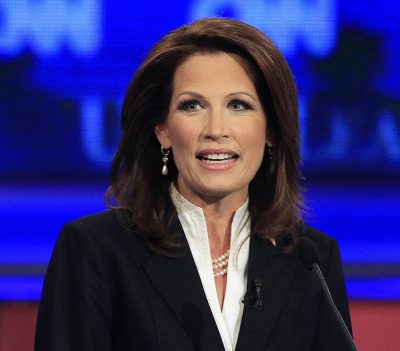 She was the first Republican woman from Minnesota elected to the House and ran for president in 2012.

Bachmann is known for her advocacy of ultraconservative causes, such as banning abortion “even in cases of rape or incest,” teaching creationism in public schools and prohibiting same-sex marriage, The Virginian-Pilot reported.

And now, she wants to use those ideals to guide her work as dean at the televangelist-founded university.

“Regent University is, unashamedly, a Christian university that stands on the basis of the biblical worldview. That has been my lifetime belief as well,” she said. “One thing I understand from a biblical basis is that all human beings have fallen short of the Gospel. … Therefore, that’s why we’re in need of our savior, and that will continue. That’s the ultimate expression of the Gospel of the Bible, which is that all people can be reconnected to God. And that’s where we’re coming from. It is really a ministry of reconciliation, and that will be the focus.”

Bachmann holds a bachelor’s degree in political science and English from Winona State University, a juris doctor degree from Oral Roberts University and a Master of Law in taxation at the College of William & Mary.