Prayers up for Tyrese and Samantha Gibson! 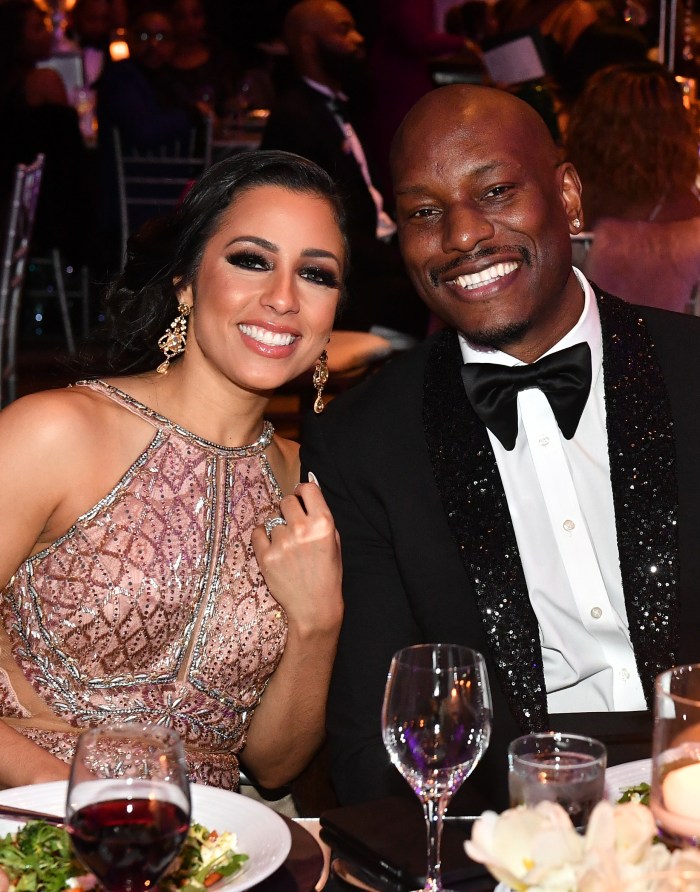 On Tuesday, December 29th, the couple jointly shared a statement revealing they have decided to separate and divorce:

“We have decided to make a statement of a painful and significant development in our lives,” the statement read. “After much thought, consideration, and prayer, We unfortunately have made the difficult decision to officially separate & divorce.”

The couple, who married in 2016 and share a two-year-old daughter Soraya also expressed plans to stay close despite their decision to part ways.

“Our intention is to remain the best of friends & strong coparents. We feel incredibly blessed to have found each other and deeply grateful for the 4 years we have been married to each other. Our journey together has been a ride of both ups & downs, but it’s a journey that neither of us would have chosen to take with anyone else. We truly have so much love & respect for each other. We both have grown tremendously within this relationship; we have shared so many beautiful memories and moments, and we also look forward to see the amazing futures we have ahead of us individually. As if 2020 hasn’t already been extremely grueling and challenging to us all we wanted to mutually speak on this now to keep this energy in 2020 and not take this energy into 2021. We would really appreciate your most sincere prayers and to respect our privacy at this time as we deal with the reality of where we are.”

Such a genuine, earnest and heartfelt statement. Tyrese and Samantha seem to be striving to make sure their divorce is not an ugly one.

Black families and marriages are under attack….

I’ve wrestled with this question…

How can we naturally know how to BE something we never raised by?

Most of us were raised in broken homes with NO examples of what being a husband, wife or FATHER is….

I repeat…. How can we naturally know how to BE something we were never raised by?

My heart is so full because you blessed me with 5 years of magic…. Samantha Gibson, I owe you everything. I am a better man of God, friend, and father because of you…

I pray we leave the door open because the God that we serve is a mountains mover and can make a way out of now way…..

Tyrese’s message certainly doesn’t seem like one of a man ready to walk away. His ‘Baby Boy’ co-stars A.J. Johnson and Taraji P Henson both commented on Samantha’s post as well.

“I pray that you KNOW I love you both madly,” Johnson wrote. ” I’m here for you both collectively and individually. Holding you in prayer. 🙏🏾❤️”

“I hate to hear this but I also hear the love in your words,” Taraji noted. “Sis I am so glad you and my brother found each other. I love you no matter what and you are forever my sister friend. God bless both of your hearts 🙏🏾🙏🏾🙏🏾💋💋💋”

Tyrese put the same message in his own comments, then followed his message with a second post, dedicated to his wife and his captioned echoed his previous statement.

The nearly eight minute long video shares precious moments between Tyrese and his wife and daughters, set to his original song. His caption says that pain sent him back to the studio:

Pain got me back in the holy grail… [ the studio ] No there’s no album coming this was inspired by the love of my life Samantha…. Thank you for the years I hope you know that I did the very best I could… I truly did… #BetterDays

We understand this has got to be truly painful for both of them. It seems like a lot of information and memories to be sharing publicly, but interestingly enough, Samantha, who is a social worker and has a large following for her faith based online work, recently devoted a lot of her “Miracle Monday” live Bible study this week to talking about the importance of testimony and sharing our difficult moments with others in order to help them.

Tyrese was previously married to Norma Gibson from 2007 to 2009. They share a 13-year-old daughter, Shayla.

We’re praying for them both, as well as their families!