Founded in 1838, the all-women’s Judson College has weathered multiple wars, The Great Depression, two fires and several recessions — but 2020 may have been too much. 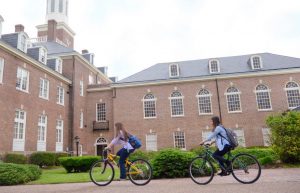 In mid-December, Judson President W. Mark Tew sent an email to alumnae, explaining that the Alabama school would be unable to proceed with a spring semester unless it raised $500,000 by Dec. 31 and secured commitments totaling $1 million by May 31.

“Without these extraordinary gifts, the College will not have sufficient cash to meet its operational responsibilities and will be unable to begin the spring semester,” Tew wrote, attributing the college’s financial troubles to low enrollment over the past two decades, the current pandemic and scars still felt from the 2008 recession.

Should the school not meet its fundraising goals, he explained that all students would be informed of transfer options to complete their degrees. In the meantime, Tew and the board of trustees are appealing to the school’s alumnae and donors to meet the “admittedly extraordinary request.”

In making the request, Tew offered copies of Judson’s most recent audited financial statements for potential donors to review. He also explained that the board of trustees would be researching the college’s changing markets and exploring potential avenues through the help of Fuller Higher Ed Solutions, a new consulting firm founded this past summer. 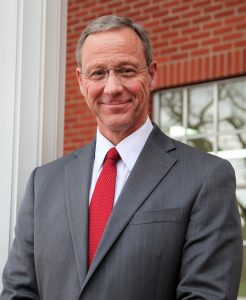 According to its website, the consulting firm’s founder, Tim Fuller, has “personally consulted with more than 100 Christian college campuses to help them with enrollment, strategic planning, and making the case for why they are worth choosing.”

Affiliated with the Alabama Baptist Convention, Judson is a notably small college with a 2018-19 enrollment of only 259 students. Just earlier this month, PrepScholar listed it among the smallest liberal arts schools in the nation. And, with small, private institutions hit hardest by the pandemic, Judson would be far from the first to permanently close in 2020. 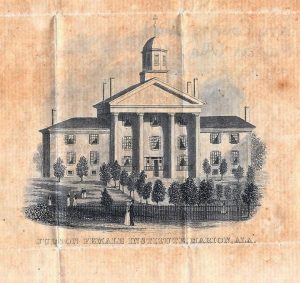 An early depiction of Judson College

But the potential closing of Judson stands out among the others, given that it is the fifth-oldest women’s college in the U.S. and the last women’s college still open in Alabama. At 183 years old, Judson was among the first schools in the country to offer education to women.

And while women are no longer underserved in higher education — they have, in fact, exceeded the number of men in higher education for the past five decades — the director of the Women’s College Coalition (WCC), Emerald Archer, says all-women schools still serve pertinent roles, especially during a time when a gender wage gap persists, when only 23% of the House of Representatives are women, when women are still underrepresented in STEM and when sexual assault remains a hot button issue on college campuses.

“Women’s colleges and universities play a really big role that focuses on women’s empowerment and leadership,” said Archer. “And this is particularly important at a time when we know that women are experiencing disproportionate economic and socio economic setbacks due to the pandemic. … So helping women to develop as leaders is literally part of our mission as women’s universities and colleges.” 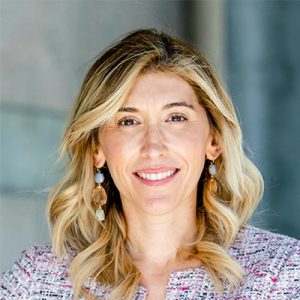 For that reason, Archer said her initial reaction to the news of Judson was “a little bit of sadness, because as executive director of the Women’s College Coalition, I don’t want to see another women’s college shutter and close their doors,” she said, adding that there are currently 36 women’s colleges remaining in the U.S. That’s down from 230 in the 1960s.

“I can’t talk about Judson’s student population in particular, but I know that [women’s colleges] tend to provide access and pathways that did not exist in other public schools for women of color, or first generation college students,” she said. “So, I’m sure that there are going to be students in Alabama that need to find a new home and will be absolutely shattered and deflated because [women’s colleges] have programs that are geared toward women’s empowerment, geared toward creating STEM pathways.

“So those program elements, that might be at Judson, will not be there for those students who are looking for a single sex education,” she added, saying she’s confident Judson’s population is serving a particular need in Alabama.

As the news spread of Judson’s potential closure, alumnae and others have taken to social media, sharing their grief and reasons for donating.

“Dear Judson Student,” began alumna Anita Smith in a heartfelt Facebook post. “I donated. Not only because of my experience or my opinions, but for you. You deserve the education, sisterhood, traditions, and all opportunities afforded to a Judson girl.”

She added: “I’m sure it’s hard to be a Judson girl in these uncertain times, especially when you see all the drama of alumnae posting on social media of the ways they think the college should change. Forgive them. Sometimes we forget where we came from. Like you, they needed Judson too. If those old walls could talk, they’d tell you of the days when Judson was our safe place, our home.”

Part of the “drama” Smith mentions refers to are the LGBTQ-related beliefs held by the school — also the last Baptist women’s college in the U.S.

Like other evangelical schools in the U.S., Judson College has received heated criticism for its attitude toward LGBTQ students, having made Campus Pride’s list for “The Absolute Worst Campuses for LGBTQ Youth.”

“Judson College has qualified for the Worst List because it holds an exemption to Title IX, allowing the college to discriminate against its students on the basis of sexual orientation, gender identity, marital status, pregnancy or receipt of abortion while still receiving federal funds,” writes Campus Pride.

The school filed for the Title IX exemptions in February 2015 and was granted exemption in April of that year.

On Twitter, one woman mentioned the controversy while writing of the most recent news: “I’m grieved to learn that  @JudsonCollege may be shutting down due to funding. But I learned a lot as an intern at @HRC [The Human Rights Campaign]. I’m not giving money to a college that discriminates against lgtbq folk and uses scripture to preach hate.”

Meanwhile, other alumnae with differing feelings have continued to pour out their support for the school on social media. 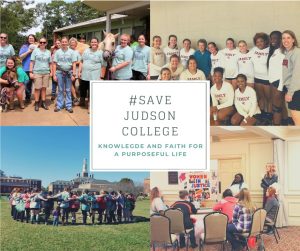 “More than saving a big jump off point for #womeninSTEM, it is about saving a town important to the #CivilRightsMovement –Marion,” wrote alumna Liz Borsage on Twitter. Located fifteen miles from Selma, the 3,600-person town of Marion is often referred to as “the college city” given its home to both Judson and the Marion Military Institute. The town was also once home to one of the nation’s first historically Black colleges, the Lincoln Normal School, which taught newly freed slaves after the Civil War.

Similarly, another alumna, Leslie Morris, said she donated partly on behalf of the small town of Marion — which she described as “an already struggling city that will almost certainly suffer if Judson closes its doors.” While Morris says she is “ambivalent” in her feelings toward Judson as a college, she donated because, “It’s about allowing the people who will be the most critically affected by this change to have time to make plans and take care of themselves and their families.”

Current students have also been asking for support, with one writing on Twitter, “My college is struggling and we need donations to stay open! I can’t lose this place I truly can’t. Please help me!”

According to the fundraising group “Save Judson College,” roughly $185,000 of the needed $500,000 for the Dec. 31st deadline has been raised, as of Dec. 21. Representatives from Judson College did not respond to requests for comment by press time.

Jessica Ruf can be reached at jruf@diverseeducation.com.