COVID-19 has wreaked economic havoc in 2020. Numerous businesses have shut their doors. Millions of people have lost their jobs, with many turning to government assistance to make it through the year. Governments have had to take on further debt in order to support their citizens. And the worst may be yet to come.

However, those least susceptible to the economic blowback of 2020 have been those most wealthy. In fact, many individuals in the top 1% have actually benefited during this pandemic, as the total net worth of the nation’s 651 billionaires rose from $2.95 trillion in March to more than $4 trillion today. 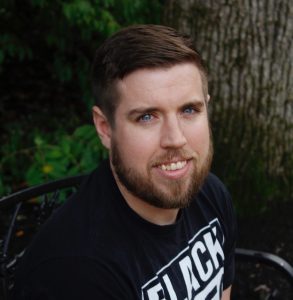 In the realm of higher education, there has been much talk of how the pandemic will impact institutions, and individuals, for years to come. In particular, institutions are now facing massive declines in enrollment, with undergraduate enrollment down 4.4% compared to last year’s levels. Community colleges and public four-year institutions are seeing the sharpest declines, drastically impacting budgets that were already dwindling due to declines in state funding in recent decades. As a result, institutions have been left vulnerable due to their dependence on tuition dollars – and now that the pandemic has cut enrollments, institutions are struggling to stay afloat.

In order to stay above water, institutions are making drastic decisions – implementing hiring freezes and pay cuts, trimming personnel via furloughs and layoffs, and leaving several employees without cost-of-living adjustments for the foreseeable future. Yet, in the midst of these decisions, I can’t help but notice how certain individuals seem to avoid economic losses – or take only minimal losses to save face.

Take Johns Hopkins University President Ronald Daniels as one example – an individual who still took home more than two million dollars (in salary, benefits, and other sources of income) this year after giving up a $296,000 pay cut during the pandemic. As has been pointed out, even if he had taken a 75% pay cut – which would have left him with a $325,000 base salary and instead funded 42 employees with minimum-wage jobs – he would have still been in the top 3% of Americans by income. Meanwhile, other Presidents – such as University of Pennsylvania President Amy Guttmann, the highest paid Ivy League President – won’t take a pay cut at all.

Other leaders have actually cashed bonuses this year, while their employees have had to take on the burdens caused by the pandemic. Look no further than my state of Ohio, where newly appointed President of the University of California system Michael Drake cashed in a $133,000 bonus upon retiring from The Ohio State University, and Ohio University Senior Vice President for Finance and Administration Deborah Shaffer accepted a $100,000 bonus after hundreds of employees were laid off.

Of course, not all leaders are the same. Some Presidents have offered up parts of their salaries, such as University of Iowa President Bruce Harreld who funneled 50% of his salary into the institution’s student emergency fund. Although, not all Presidents have been so generous as President Harreld, as typical pay cuts have ranged from 5% to 20%.

Still, in reality, the pandemic has only illuminated inequalities that have been at our institutions all along.

While it is perhaps admirable that one person can sacrifice $90,000 of their own money in order to raise 24 employees’ pay from $7.25 an hour to $10.25 an hour, a bigger question looms: Why weren’t these institutions paying employees a living wage in the first place?

While we can appreciate some University Presidents taking pay cuts of up to 25% during this pandemic, we should also be asking: Why do institutions that increasingly rely on adjunct professors making less than $20,000 a year have Presidents making seven-figure paychecks?

And while incentives, such as those received by the aforementioned University Presidents, may have been a part of their contracts well before the pandemic took hold, it is necessary we address the question: Why are institutions that continue to capitalize on underpaid graduate student labor giving six-figure bonuses to individuals at the top of their payrolls?

Despite often being framed as a tool for equality, higher education institutions are instead remaining a part of the problem – complete with a widening wage gap between the top and bottom of their payrolls, and churning out millionaires that soak in bonuses while others lose their jobs. Higher education should stop acting like a business, and instead perform as the public good that it so often claims to be.

Tyler Hallmark is currently a Ph.D. candidate at The Ohio State University. You can follow him on Twitter @Hallmark2032