Latest News
Home /If Joe Biden Wins, Who Could Be the Next Secretary of Education?

With election season very much upon us, a question is on the minds of higher education leaders. If former Vice President Joe Biden wins the presidency, who would he choose for secretary of education?

Last year, Biden promised his pick would be an educator.

“First thing, as president of United States – not a joke – first thing I will do is make sure that the secretary of education is not Betsy DeVos,” he said at a National Education Association forum for presidential candidates. “It is a teacher. A teacher. Promise.” Suffice to say, there are a lot of names floating around the higher education world. To list a small fraction of potential front-runners: former U.S. Secretary of Education John B. King Jr., now the president and CEO of the Education Trust, and former U.S. Assistant Deputy Secretary of Education Jim Shelton are contenders. Among members of  Congress, Rep. Alma Adams, who leads the Bipartisan Historically Black Colleges and Universities Caucus, Sen. Elizabeth Warren, Rep. Joyce Beatty and Rep. Frederica Wilson are on scholars’ minds.

The stakes are high. Historically, the secretary of education hasn’t always been the department’s main policy wonk – that’s where other roles like the deputy secretary come in – but “it’s a signal of the president’s priorities,” Davis said. “With this one strike, with this one appointment, the administration signals or indicates their policy disposition and their values.”

Dr. Kyle Southern – policy and advocacy director for higher education and workforce at the non-profit Young Invincibles – wants an education secretary who sees the department as the “frontline defense for the civil rights of students,” tackling issues like student loan debt and reversing Trump administration policies which could cause “generational harm.”

He hopes Biden’s pick will be someone with policy prowess but also an educator, someone who’s “been in the classroom, who’s looked in the eyes of students, looked in the eyes of parents, to understand the real day-to-day challenges that some people are facing, not just right now but have for decades,” he said. Dr. Ivory A. Toldson, a professor of counseling psychology at Howard University and the president and CEO of Quality Education for Minorities (QEM) agrees that the next person to hold the position needs a background in education. He served as the executive director of the White House Initiative on Historically Black Colleges and Universities under President Barack Obama.

Current Secretary of Education Betsy DeVos “didn’t understand learning and achievement and education pedagogy, theories of education …” Toldson said. “She came as a philanthropist who was interested in specific education issues. Having money to give to education causes of course doesn’t make you an expert in education.” 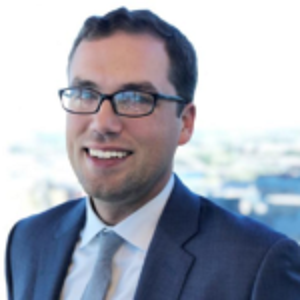 Amid a global pandemic that closed schools in spring – and a national reckoning with racial inequities spurred by the police killing of George Floyd – the next education secretary also needs to come to the position with a forward-thinking focus on the diversity of today’s students and the ways in which technology will continue to shape their experience, Toldson said.

In general, Toldson sees this as a moment of transition for education policy, a time when a decades-old reform movement to close K-12 racial achievement gaps – the movement that sparked initiatives like former President George W. Bush’s No Child Left Behind – is “sunsetting.” The next secretary of education should have a vision for a bolder reimagining of student success, beyond standardized tests, and the “charisma” to be “an effective communicator who can really amplify a message.”

“I think it’s time to think post-reform, and a lot of people don’t seem to know what the post-reform era looks like,” he said. “We need a secretary of education who can envision an era of education that we haven’t seen in the past,” he said. “We have the same objectives, but what are the new ways of measuring success, and do we have to think more broadly about what success looks like?”

Sara Weissman can be reached at sweissman@diverseeducation.com.