In recent months, universities and colleges nationwide have announced their plans to address systemic racism and police brutality on campus. For instance, after the death of George Floyd at the hands of law enforcement, the University of Minnesota reduced ties with the Minneapolis Police Department and some other colleges are looking at similar changes.

The Center for American Progress recently published a brief with four recommendations on how higher education institutions can hold local and campus law enforcement accountable for violent actions.

“I think it’s really about interrogating what are the strategies, where are investments going and how are we intentional about ensuring that we are addressing racial equity gaps in doing that,” said Viviann Anguiano, author of the brief and associate director of postsecondary education at the center.

As the brief notes, Black people are three times more likely to be killed by police than White people. Additionally, there are more than 4,000 campus police departments across the country that, together, employ a total of around 32,000 officers.

The center’s first recommendation is that college and universities change their contract terms with law enforcement to demand reform. For example, colleges could require local police departments to follow certain policies that restrict the types of force used during an encounter or arrest. Additionally, under new terms, universities could have police departments publicly release data on officer complaints. 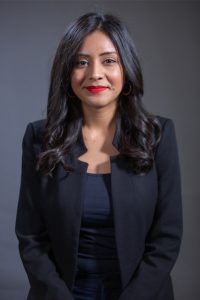 Secondly, the center suggests that colleges limit ties or end contracts with police departments that do not agree to new contract terms. If contracts are canceled, institutions requiring security for larger events, for example, would have to hire an outside service to meet those designated standards.

“In cases where police departments aren’t willing to agree to terms, colleges have the accountability to get rid of those contracts,” said Anguiano.

Almost all four-year colleges with more than 2,500 students have their own campus police departments. Additionally, an upward of 80% of sworn campus police officers have “arrest and patrol jurisdictions” outside their campuses, the center’s brief said.

“Campus police departments themselves are not that different from traditional law enforcement and colleges have a lot of authority in determining what kind of accountability they’ll have with those officers,” said Anguiano.

That means, changes to campus police departments should mimic what institutions expect of partnered local officers.

Over 120 campus police departments have received military equipment through the Pentagon’s 1033 program, which allows institutions to obtain surplus military equipment at a discounted rate, paying only for delivery costs. As a result, more than 60 colleges hold M16 rifles, Ohio State University acquired a “mine-resistant, ambush-protected vehicle” and the University of Central Florida altered a grenade launcher to throw out tear gas, according to the brief.

“Institutions really need to rethink what is their relationship with police and how do they want to address racism on campus,” said Anguiano. “I think the underlying question to all of this is really, what does advance the safety and dignity of Black students and all students on their campuses. And are the approaches that they are taking actually achieving that?”

Anguiano said that as colleges analyze their police departments’ actions, their approaches should focus on augmenting resources to hire more mental health counselors and toward restorative justice.

“Colleges are obviously in some ways epicenters of influence and knowledge in many places and they definitely have leverage points for the relationships with police and even their own police on campus,” said Anguiano.

“This issue has really illuminated an issue that has been long-standing for decades,” said Anguiano. “It is also the first step in higher education really being able to address longstanding racial equity gaps they’ve had across access, completion, student debt burden. It is an opportunity for colleges to really be a lot more intentional about the way they handle not only police brutality on campus but ensuring that all students at their campuses are really having equal opportunities to succeed.”

Sarah Wood can be reached at swood@diverseeducation.com.